“The voice of the intellect is a soft one, but it does not rest till it has gained a hearing…in the long run, nothing can withstand reason and experience.” – Sigmund Freud, 1927 (pp. 53-4).

In this article we will explore the process of cognition and its relationships with affect and language. Rather than review the commonly-known literature, the focus will be on cognition as it involves:

Similar to the term affect, cognition has many meanings and varieties of ways of exploring it. The Latin roots are co (together) and gnoscere (know). The dictionary defines it as a process of knowing and perceiving; and individual’s accumulation and use of knowledge about the world; both outside and inside of oneself. Reason, self-reflection, perception, memory, reality, processing, learning, empathy, predicting, generalizing – all have been related to cognition. Cognition can involve conscious or unconscious processes. Cognition also overlaps with affect, as in interpersonal skills and empathy.

Tomkins defines the cognitive system as perception, motoric, and memory – “… they all process information in one or another of several different ways” (1992, p.13). Affect, cognition, and language are closely integrated. Language can significantly influence cognition in acquiring and transmitting information. Affect, as Tomkins noted, “… can determine cognition at one time, be determined by cognition at another time, and be interdependent under other circumstances (1981; Demos, 1995, p. 56).

In addition to these complications, affects, cognition, and language all have flaws as well as assets. With respect to cognition, a variety of problems immediately arise. How do we know what we think we know? Perception, memory, and reason can readily be shown to be faulty systems, as classic as well as current work has demonstrated (eg., Freud, 1901; Mercier and Sperber, 2017; Kahneman, 2011; Lewis, 2017). In addition, unconscious motives can distort our conscious perceptions and understandings.

Cognitive processes have been the subject of much study and massive literature. Most of this (eg., Piaget & Inhelder, 1969; Kagan, 1981; Tomkins, 1992) is well known and will not be repeated here. Also, literature on cognition may be available through interactions with other systems, i.e., affect and language. For instance, neurobiologists explore the relationships between the cerebral cortex (cognitive) and the amygdala (affect). Psychodynamic psychologists grapple with the impact of unconscious affective processes on conscious cognitive functions.

We will limit our discussion here to two specific aspects of cognition. First, we will explore how babies are related so early to the outside world and people, which, in turn, stimulates learning. Later we will examine some recent advances in understanding the development of knowledge acquisition in infants and children. Infants are programmed for social interaction and accumulation of knowledge. 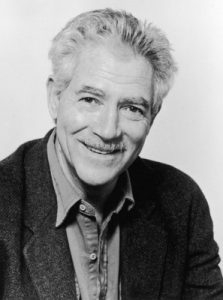 So if cognition involves perceiving and the accumulation of knowledge, how does this happen? It turns out that babies are related to the world and people as soon as they are born – or, rather, even earlier, in utero, as pregnant women will tell you how their babies will respond to various stimuli.

The view of infants as passive, non-interactive, being in a state of “normal autism” – these notions have been dramatically overturned in the past three decades (e.g. see Stern, 1985). One just has to recall the infant’s innate responses to stimuli leading to interest or fear or distress to appreciate this capacity for interaction and relatedness.

How have we come to this different understanding? First, there was a flood of research and clinical work on infants and young children in the middle and second half of the 20th Century. Names such as Winnicott, Spitz, Ainsworth, Fraiberg, Greenspan, Emde, Kagan, Field, Demos, and others became well-known in the field. In his famous study on orphans, René Spitz showed years ago that infants who had food and clean surroundings would deteriorate and sometimes even die if they did not have caregivers with whom to relate and attach.

The crowning moment came with Daniel Stern’s brilliant integration of this research with clinical psychoanalysis in 1985 with The Interpersonal World of the Infant: A View from Psychoanalysis and Developmental Psychology. In this work, Stern dispelled the notion of the infant as passive and unrelated. Instead, Stern’s infant is socially related and interested immediately. We discussed this previously in the section on affects, and we will explore it in more detail shortly. Unfortunately, while Stern’s work is well-known in psychoanalytic and developmental areas, the general public tends to be unaware of his importance.

Infants express their feelings through facial expressions, bodily movements, and vocalizations. Babies can express these innate affects almost from day one: interest, enjoyment, surprise, distress, anger, fear, shame, disgust (a reaction to noxious tastes), and dissmell (a reaction to noxious odors). Thus, they can clearly communicate with their caregivers and the rest of the environment very early on. And their caregivers respond to these communications—whether it is distress or enjoyment or anger, caregivers respond. The babies and their caregivers are relating.

The relationship between affect and cognition is profound. If relationships are dominated by fear rather than interest (curiosity), the acquisition of knowledge will be severely compromised.

Other Ways of Relating 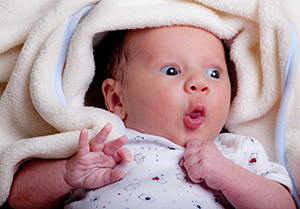 How else do babies relate? Let’s not forget how helpless infants are—they cannot walk or talk; they have little limb control and poor hand-eye coordination. So what do they do?

What they have is a rather mature visual-motor system, as Daniel Stern points out. That is, they use their eyes and gaze as a way to relate. The face is a communication center par excellence. Babies can look directly into the eyes of their caregivers and explore (interest) with their eyes—or they can shut or avert their eyes, be glassy-eyed, and gaze past their caregivers. In these ways they can either make direct contact with their caregivers or can reject and protect themselves from contact. Thus, they can regulate the amount, timing and duration of stimulation and interaction.

So, infants can relate and engage and communicate with their eyes and gaze. They can cut off contact as well, by using their eyes and gaze. And then, as Stern puts it: “They can also re-initiate engagement and contact when they desire, through gazing, smiling, and vocalizing (1985, p. 22).”

Infants are social beings from the moment they are born. They are not passive blobs just waiting to grow up. They are sensitive to and respond to their environment. Using their expressions of feelings and their visual-motor system, they interact with and relate to their caregivers throughout their infancy, long before they can walk or talk.

This capacity for relatedness provides a foundation for the learning and cognitive capacities of babies. It is this aspect of cognition to which we will now turn as we will see how amazingly smart infants and young children really are and how eager they are to explore and learn.