Infants and Young Children Are Smarter Than We Think

Infants and Young Children Are Smarter Than We Think: Recent Studies of Cognitive Processes

In the past we have discussed the intersections between affect, cognition and language. In the article Cognition and Relatedness, we explored the importance of the infant/child’s relatedness in enhancing cognitive development. In this article, we will examine some recent findings highlighting infants’ early cognitive capacities. This is not intended as a comprehensive review, but rather as examples of infants’ abilities. In addition, this material is presented in order to emphasize the importance of enhancing the affect of interest in the service of cognition. 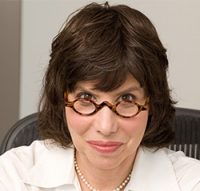 Alison Gopnik, Ph.D., is at the center of highlighting our understanding of how babies and young children think and learn. “Even the youngest children know, experience, and learn far more than scientists ever thought possible,” she notes (2010, p. 76). Alison, with her co-authors Andrew Meltzoff and Patricia Kuhl, wrote an engaging book on these issues, titled The Scientist in the Crib: Minds, Brains, and How Children Learn. The authors discuss a variety of studies she and her colleagues have conducted over the years to show what goes on in the minds of infants and small children.

For instance, they found that: 18-month-olds can understand preferences in other people which differ from their own (“I might want one thing, whereas you want another” — the beginnings of empathy); babies understand the relation between a statistical sample and a population, and young children use statistical evidence and experiments to determine cause and effect. Daniel Stern notes: “From birth on, there appears to be a central tendency to form and test hypotheses about what is occurring in the world. Infants are constantly ‘evaluating’ in the sense of asking, is this different from or the same as that?” (1985, p. 42).

Here is a brief look at some of these experiments. Gopnik and her colleagues wondered if 18-month-olds (toddlers) could understand that “I might want one thing, whereas you want another” (2010, p. 78). How did they explore this?

“An experimenter showed…18-month-olds a bowl of raw broccoli and a bowl of Goldfish crackers and then tasted some of each, making either a disgusted face or a happy face. Then she put her hand out and asked, “Could you give me some?” The 18-month-olds gave her broccoli when she acted as if she like it, even though they would not choose it for themselves” (p. 78).

This would suggest the toddlers had the capacity to understand another person’s perspective. Gopnik also studied 14-month-olds—and these younger children always gave the experimenter the Goldfish crackers! This suggests a developmental change as the child gets older.

Babies also seem to understand the relation between a statistical sample and a population. In one study, an experimenter

“showed eight-month-old babies…a box full of mixed-up Ping-Pong balls: for instance, 80 percent white and 20 percent red. The experimenter would then take out five balls, seemingly at random. The babies were more surprised (that is, they looked longer and more intently at the scene) when the experimenter pulled four red balls and one white one out of the box—an improbable outcome—than when she pulled out four white balls and one red one” (p. 78).

Other experiments showed how preschoolers used probabilities to see how a machine worked.

Interestingly, in some studies children were actually better than adults in considering unusual possibilities and correctly finding the causal patterns. Gopnik and her colleagues showed four-year-olds and adults a machine

“that worked in odd way, requiring two blocks on it together to make it go. The four-year-olds were better than the adults at grasping this unusual causal structure. The adults seemed to rely more on their prior knowledge that things usually do not work that way, even though the evidence implied otherwise for the machine in front of them” (p. 80).

It is useful to consider how cognition can be compromised. Optical illusions are only the easiest example. Mistakes in perception and memory can readily compromise cognition and reality processing. In a long-term outcome study of adolescents, Offer et al found that well-adjusted adults do not remember their adolescence very well. “Our data show that there is essentially no correlation between what our subjects thought and felt about their adolescence and what they actually thought and felt as adolescents” (p. 99). Eyewitness accounts of crime and identification of person are notoriously flawed. As we saw previously, emotional problems and inhibition of interest (curiosity) can interfere with early cognitive opportunities and processes. The psychoanalyst John Gedo (1927-2017) wrote a brief summary of disorders of cognition:

“The most common forms encountered in psychoanalysis are magical thinking and obsessionality, which may occur together or separately. Delusions may temporarily appear as aspects of deep therapeutic regression in occasional analytic cases. A wide variety of more focal defects in cognition, such as a lack of a sense of humor, inability to grasp the implications of human transactions, or mistrust of one’s sense of reality, generally result from specific early childhood deprivations” (2005, p. xiii).

Cognition and The Affect of Interest/Excitement

Interest/excitement is an innate motivator for our learning and exploratory activities. Gopnik, Stern, and others document the remarkable capacities young children possess for exploring their world. They investigate biology, physics, psychology, and other sciences, and they use hypothesis testing, probability theory, and empathy in their research and learning.

These capacities highlight the importance of the affect of interest. A brief vignette might be noted:

A boy about 3 years old was trying to get a big carton of milk out of the refrigerator. He dropped it, and the milk spilled on the floor. His mother came into the kitchen. She was a scientist. Her reaction? She got some paper towels and knelt on the floor with her son. Putting the towels in the milk, she said: “Let’s see what happens…see the milk moves up the fibers, the towel absorbs the milk…” Now, parents do not always have the time and energy to do this. But she recognized it made more sense to elicit interest than be critical about the spilt milk and use fear and shame. Her son turned out to be a world-class scientist.

Albert Einstein once noted, “I have not special talent, I am only passionately curious” (1952).

Gopnik A, Meltzoff AN, Kuhl PK (1999). The Scientist in the Crib: Minds, Brains, and How Children Learn. New York: William Morrow and Company, Inc.