Play and creativity are related but different. Both concepts have massive literatures of their own, popular as well as technical (e.g., Winnicott, 1971; Weiss, 1981; Stern, 1985; Alvarez, 1988; Valeros, 1989; Russ, 1993, 2004, 2014; Amabile, 1996; Hurry, 1998; Gomberoff, 2003; Lang, 2007; Brown, 2009; Pink, 2009; Kaufman and Beghetto, 2009). For instance, one paper noted that over 10,000 pages on creativity alone had been written in the first 10 years of the 21st century (Kaufman and Beghetto, 2009). Nearly every psychodynamic theory includes play and creativity in its conceptual framework. For example, self-psychology incorporates creativity as one of the five transformations of narcissism (Kohut, 1966). Play and creativity are also related to issues such as learning, education, and clinical work of psychoanalysis and psychotherapy.

Play and creativity are not easy to define. They may be nouns (play, playfulness, creation, creativity, creativeness), or verbs (play, create), or adjectives (playful, creative), or adverbs (playfully, creatively). Nuances seem to pervade these words. Can there be non-playful creativity (e.g., making something new without the enjoyment aspect)? How about non-creative play (e.g., structured games and repetitive play)?

Play may be seen as a behavior or as an internal mental activity (as in “thought experiments”). Play has been defined as recreational activity, especially the spontaneous activity of children. This begs the question somewhat, in that child psychoanalysis has shown that play in therapy often reflects earlier antecedents and current concerns and fantasies which are being represented in the present. There is often a sense of “fun” and “enjoyment” connected with play.

Create, the dictionary tells us, can mean to produce through imaginative skill, and to make or bring into existence something new. Creative can refer to something made new rather than imitated. Sandra Russ (1993, 2004, 2014) suggests that for a product to be considered creative, it must be (a) unique, original, novel, and (b) useful, adaptive, and aesthetically pleasing. Many might push-back on (b), given its implied normative and inhibiting bias. Kaufman and Beghetto (2009) further expanded the definition and study of creativity by suggesting a dichotomy between everyday creativity (“little-c”) and eminent creativity (“Big-C”) (2009).

One way of clarifying these issues is to differentiate play and creativity in the following manner. Play may be viewed as an affective process, with its mechanisms of action as described below. Creativity is an attribute, a qualifier (new, unique), best explored as part of cognitive development (e.g., divergent thinking, symbolism, and fantasy elements). Play and creativity can both be profoundly impacted in various ways by the environment throughout development.

Play and Creativity: Mechanisms of Action

One of the most dramatic and educative experiences I ever had involving affects occurred while I was bouncing a ball back and forth with a little girl about 1 ½ – 2 years old. She was tired, and her “distress” began to show on her face: downturned, quivering mouth and arched eyebrows. Then, as the ball slowly bounced her way, she showed the classic responses of surprise, then a bit of fear, then interest, and then, as she grabbed the ball, enjoyment. It was stunning to see these expressions flicker rapidly across her face! Recall that affective responses to stimuli can occur in milliseconds and then change or be sustained.

As described previously, surprise, fear, and interest are related to the speed and processing of the incoming stimulus. Enjoyment is triggered by a rapid decrease of stimulation. This was precisely what she was demonstrating in the game.

So how shall we consider play from the perspective of primary affects, ie, what motivates play? Play may be conceptualized as a process involving the positive affects of interest, enjoyment, and surprise. What we call play seems to involve the oscillations between increases and decreases of stimuli associated with interest and enjoyment. Surprise quickly can become tinged with positive or negative affects. Even if a negative affect is briefly elicited (e.g., fear or distress), a reduction of stimuli (enjoyment) can be experienced as pleasurable (i.e., play).

Tomkins links play with excitement (i.e., the affect of interest/excitement), and, as with positive affects in general, discusses maximizing play:

“The child is encouraged and permitted to play with parents, with peers, and by himself. Many interactions are converted into games and playful rituals which otherwise might be neutral, dull, or unpleasant. Play is regarded as an end in itself” (Demos, 1995, p. 170).

As we will see, conceptualizing play in this manner has important implications for education and learning, bias and prejudice, and allowing positive affects to predominate and thereby enhancing overall development.

Creativity appears to be more of a descriptive attribute (i.e., unique, new), characterizing the primary affect processes of play. The scientific study of creativity seems to involve cognitive processes more so than affective processes, although there is overlap (e.g., Russ, 1993, 2004, 2014; Kaufman and Beghetto, 2009). 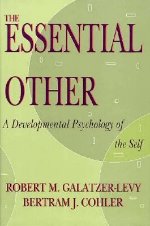 It is important to note that both play and creativity can be profoundly inhibited by excessive use of negative affects—e.g., fear and shame—in early development. Negative affects can curtail the child’s interest and enjoyment – play – and the capacity to think expansively —creativity. On the other hand, encouragement (e.g., parental interest and validation) can enhance both play and creativity. The importance of environment in enhancing development throughout the lifecycle has been brilliantly described in The Essential Other (Galatzer-Levy and Cohler, 1993).

It is also useful to consider internal and external perspectives when considering play. Silvan Tomkins wrote in detail about this intrinsic/extrinsic difference (Demos, 1995).

“The issues constitute a polarity extending from the extreme left through a middle of the road position to the extreme right-wing position. The issues are simple enough. Is man the measure, an end in himself, an active, creative, thinking, desiring, loving force in nature? Or must man realize himself, attain his full stature only through struggle forward, participation in, conformity to a norm, a measure, an ideal essence basically prior to and independent of man?” (p. 117).

The intrinsic perspective tends to focus on the positive affects, whereas the extrinsic view tends to be more related to the negative affects. The intrinsic involves a person’s own interest and enjoyment, and the extrinsic concerns the goals, expectations, judgments, and values of the external world. These ideas have clinical relevance, e.g., in Winnicott’s concepts of True Self (one’s own initiative) and False Self (compliance) (1960).

Bertrand Russell (Russell and Wyatt, 1960) addressed these issues in an interesting way by differentiating between creative and possessive.

“I call an impulse creative when its aim is to produce something which wouldn’t otherwise be there and is not taken away from anybody else” (p. 130).

He used the term “possessive” to mean “acquiring for yourself something which is already there” (p. 130), e.g., a loaf of bread, or a position or an office. “If you write a poem you don’t prevent another man from writing a poem. If you paint a picture you don’t prevent another from painting a picture. Those things are creative and are not done at the expense of someone else…” (p. 131).

Scientific creativity is often conceptualized as play, i.e. the feelings of interest, enjoyment, and surprise. Here is a lovely example. Charles Darwin’s manner was described by his son Francis as bright and animated as he worked during his 60’s:

“His love of each particular experiment, and his eager zeal not to lose the fruit of it came out markedly in these crossing experiments – in the elaborate care he took not to make any conclusion in putting capsules into wrong trays, &c. &c. I can recall his appearance as he counted seeds under the simple microscope with an alertness not usually characterising such mechanical work as counting. I think he personified each seed as a small demon trying to elude him by getting into the wrong heap or jumping away altogether, and this gave to the work the excitement of a game” (Janet Browne, 2002, p. 414-415). 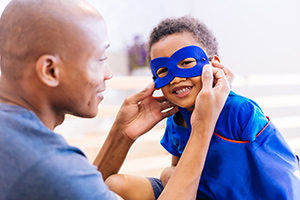 Play is significant for development (e.g., Winnicott, 1971; Stern, 1985; Alvarez, 1988; Greenspan, 1992). For instance, in the face of various feelings of vulnerability, anxiety, and helplessness, young children will often play games in which they are strong superheroes or cowboys or whatever. Fantasy and games are among the ways children have of regulating tensions dealing with trauma, and experimenting with the real world. Freud’s well-known description of his grandson’s game ‘fort-da’ (‘gone-there’) is an example (1920).

Play is one of the major venues of all child therapy—as Hermine Hug-Hellmuth, Melanie Klein, Anna Freud, and others showed. While beyond our current scope, it should be noted that there is a large literature dealing with the technical issues involving play and child analysis and therapy (e.g., Winnicott, 1971; Weiss, 1981; Yanof, 1996; Hurry, 1998; Holinger, 2016). One of the most fascinating questions emerging is the mutative nature of the play and relationship themselves as contrasted with the verbal interpretations (Valeros, 1989).

Play is also important in work with adults. The notion of play in adult therapy might also be said to have presaged the development of so-called relational and intersubjectivity schools of thought, with respect to the psychodynamics and mutative influence of the patient-therapist relationship (Winnicott, 1971; Beiser, 1995).

One is indebted to Donald Winnicott for so many insights, and he wrote extensively about play (1971). Play is related to transitional phenomena and can be conceptualized as a way of reaching authentic, creative, less-defended parts of a person’s personality—i.e., the True Self (1960). He also famously noted:

Play has also been connected with competence and establishing confidence and self-esteem. Harry Harlow, in his work with monkeys, noted:

Robert White (1959) used the term “effectance motivation” or effectance pleasure. For White, competence referred to “an organism’s capacity to interact effectively with its environment” (p. 297). Basch (1988) brings these concepts together in a therapeutic model to show how our affective life relates to competence and self-cohesion.

Alvarez A (1988). Beyond the Unpleasure Principle. Some Preconditions for Thinking Through Play. Journal of Child Psychotherapy 14:1-13.

Brown S (2009). Play: How It Shapes the Brain, Opens the Imagination, and Invigorates the Soul. New York: Avery (Penguin).

Russ  SW (1993). Affect and Creativity: The Role of Affect and Play in the Creative Process. Hillsdale, NJ: Lawrence Erlbaum Associates.

Weiss S (1981). Reflections on the psychoanalytic process, with special emphasis on child analysis and self-analysis. The Annual of Psychoanalysis IX: 43-56.

Winnicott DW (1960). Ego distortion in terms of true and false self. In The Maturational Processes and the Facilitating Environment: Studies in the Theory of Emotional Development, 1965 (pp. 140-152). New York: International Universities Press.