This month we continue our study of religion from the perspective of human development.

Last month we explored how religion could be imposed by external sources, and this month we will examine various internal motives.

There are a variety of internal motives for establishing religious views. These overlap in many ways. There is a large and often complicated literature in this area, and we shall try to stick to everyday meanings of the various terms and concepts. These motives for a child or adult taking on religion are not minor, as we shall see.

Early Vulnerabilities and Anxieties of Childhood

Many have linked religious beliefs to our vulnerabilities…to life’s vagaries and to nature—e.g. see Hobbes and others during the Enlightenment as well as Darwin and others—with predictions that scientific advances and education could decrease religious belief. 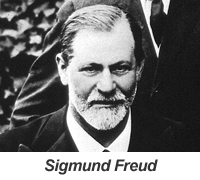 However, psychoanalysis ultimately provided a more specific focus on early childhood. The early vulnerability and helplessness and anxieties of childhood itself are powerful motivators which contribute to setting up a god who is omnipresent in one’s life, an idealized protector, and so on, to aid in tension-regulation and self-soothing. This is what Freud was discussing in his well-known The Future of An Illusion (1927). For example, he notes: “…the terrifying impression of helplessness in childhood aroused the need for protection—for protection through love…the benevolent rule of a divine Providence allays our fear of the dangers of life…” (p. 30). Early affective regulation is the issue here—tension-regulation. Donald Winnicott used the term “transitional object” for the blankets or stuffed animals or whatever it is that children use to comfort themselves in times of distress (1953).

Second, religion is frequently adopted by people after childhood. Various challenges, changes, aging, disappointments, fears, and anxieties may lead to this internal change. Often losses and disruptions of attachment are triggers for this. A benevolent god or religious perspective may provide an organizing, soothing, tension-regulating function which is very helpful in dealing with life’s vagaries. Morris Eagle has recently written a comprehensive overview of attachment theory which deals with some of these issues (2013).

The feelings of distress and fear are often triggered by various kinds of separations and loss at various ages. A separation between mother and infant, or the young child being alone in her own bed, or the adult having lost a loved one to death—all these may stir up varying levels of distress, sadness (a later variant of distress related to the experience of loss), and fear. In children, transitional objects (e.g. stuffed animals) are often used to help deal with these feelings. “God” then is often constructed in the child’s or adult’s mind to create a protection to help with the feelings of distress and fear—that is, “God” is another form of a transitional object. 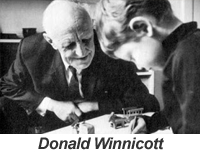 More specifically, many people turn to religion because of a fear of death. In terms of affect theory, death can trigger a variety of images—loss, nothingness, missing, and so on. These, in turn, stimulate distress-anguish. Winnicott wrote about “annihilation anxiety” (1965), and those who have suffered traumatic losses or various types of abandonment may experience this. Even those who have had healthy upbringings may be shaken by the sense of death, missing, eternity, nothingness (Kernberg, 2010). In terms of affect theory, it appears that anticipating the absence of stimuli—i.e. the loss of the affect of interest as in death—can elicit fear. Those who envision a joyful afterlife may feel joy and excitement. Those who anticipate punishment and flames will experience distress, anger, and fear.

No biological organism lives forever—whether a tree, turtle, bacteria, ant, or human. We all die. How is one to understand the focus of many religions on “life after death,” reincarnation, or the like? The role of separation and loss in creating distress and fear cannot be overestimated. Death is another form of separation and loss. Remember the recent, tragic story of the professional baseball player whose adorable five-year-old died? The father said he was “excited” and looking forward to the time in the future when he would see his son in heaven. What a wonderful way to try to deal with the pain, the distress, of the separation and loss! The thought of an after-death reunion, of being together again, or life after death…these are marvelous ways for the brain to regulate and help us tolerate the crushing weight of distress and fear in the midst of separation and loss.

A similar feeling is engendered in small children when one tries to get them to go to sleep. Children are interested in the world around them; they want to play; they want contact; they fear “nothingness,” loss, separation. It is similar to what many adults experience when they consider “death.” Hence, the fantasies emerge: life after death, seeing and being with loved ones, various activities, and so on. No loss or separations pervade these fantasies. Rather, these fantasies help deal with the impending losses, separations, and loss of stimulation.

We will continue our discussion of religion and development. We will focus on two aspects: the information-processing function of the brain and internal psychodynamics—and how these relate to religion.