We would like to explore this topic through the lenses of development and affect theory. 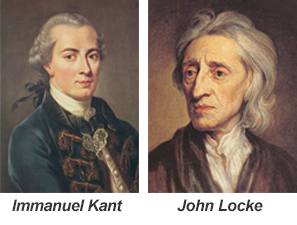 Religion, of course, is a massive topic. The “meaning of life” questions have attracted attention since the dawn of time. The Greek philosophers (e.g. Aristotle, Socrates), the brilliant writers of the Enlightenment (e.g. Voltaire, Rousseau, Locke, Hobbes, Toland, Hume, Descartes, Diderot, Kant, Adam Smith, and others), and many other times and peoples wrestled with these issues of affects, reason, and religious beliefs.

The relationships between religion and psychology have spawned a huge literature. Many authors from many different perspectives have written about and tried to understand religion: philosophers, theologians, historians, cultural observers, psychologists. However, we do not want to present an overview of the literature here, or recycle many of the well-known and good ideas in this discussion, or become reductionistic, for this is a very complicated topic. Rather, we would like to explore this topic through the lenses of development and affect theory. We would suggest that the perspectives of affect and development are often overlooked in this arena and that we have much to gain in our understanding of religion through studying what they have to offer. This is not simply a question of debating a secular or religious model—this is a question of understanding how feelings work and how human beings are motivated.

Religion has its defenders and its critics. Those highlighting the assets of religion suggest it provides several benefits, including: a structure for behavior and sense of morality; internal organization, sense of purpose; compassion, altruism, social conscience; increased mood, tension-regulation, sense of being recognized and taken care of; aid in dealing with frustrations, obstacles, losses; and coping with mortality and death. The critics of religion point to the rigidity, lack of empathy, and the bias and prejudice often seen as associated with adherents; the violence and wars related to one’s beliefs and extremism; the potentially-inhibiting effect of fear and shame (guilt); and a distorted sense of reality and lack of appreciation for consensual and scientific data.

This exploration also begs the question regarding the intensity of feelings, violence, fanaticism, bias, and prejudice sometimes associated with religion. This takes us back to our previous discussion on the transformation of affects and infant development. As we noted, novelty can trigger interest, but too much novelty can elicit fear, distress, and anger, leading to violence. This can occur whether the stimulus is a different language, physical appearance, or self-organization around a set of beliefs. Infants can be attracted to novelty as well as familiarity (pattern-matching).

The key is the transformation of distress, anger, fear, and disgust into interest and enjoyment.

The brain is an information-processing organ. Again, if the stimuli come in too rapidly, surprise and fear can be elicited. If the stimuli are too great, distress and anger can result. Empathy is more likely to occur with pattern-matching and similarities—resulting in the affect of enjoyment. The issue for society is to deal with the affects associated with “religious differences” whether based on beliefs, language, culture, physical appearance, or whatever. The key is the transformation of distress, anger, fear, and disgust into interest and enjoyment.

Let’s start with Merriam-Webster’s definitions. “Religious” is defined as relating to or manifesting faithful devotion to an acknowledged ultimate reality or deity. “Religion” is defined as a personal set or institutionalized system of religious attitudes, beliefs, and practices; the service and worship of God or the supernatural; a cause, principle, or system of beliefs held to with ardor and faith.

We will explore these issues in a somewhat different fashion from the usual. We want to investigate what underlies religion. We will examine the development of religion and the feelings associated with it: first, from an external perspective, and, second, from internal concepts. These external and internal sources are certainly interrelated, but we will separate them out a bit in order to try to achieve somewhat greater clarity.